It became hard to keep from gawking like a kid in a toy store. Dak had seen his share of tech, but nothing compared to this. Large steel machines, shaped like opened coffins, gapped hallow and bubbling. He had already seen three holding half-formed people.

He thought about how his Erin had been forced to go through this and shuddered.

Mace, the man who he had thought was Fosters for so long, led the tour. Gone was the frame of the old detective. In its place a handsome young man stood. If Dak focused hard enough he could she some similarity in some of the mannerisms, but Foster’s fifty-year-old body was a far cry from this tattoo covered PR with a half shaved head.

Perhaps seeing his eyes lingering on the ink, Mace said, “Do you like the work? Tattoos are of course one thing that doesn’t pass with you when you Jump.” He smiled. “I figure this way I can get new work every year. Pretty wicked eh?”

Dak didn’t comment. Instead he took in a painting that illustrated a happy man jumping off a skyscraper rooftop. The figure’s right hand was raised over his head in a fist. “What’s this?” he said pointing at the painting with his smoke.

With a bigger smile, Mace said, “Base jumping. Our group’s founder was known as Titan. He was quiet found of base-jumping. Some even think this is where the name for our kind began.”

Holding his arm tight, Erin looked up at him her green eyes blinking. Her dress was a skintight strip of red cloth smaller than his towel. As always, her body was slim. Shapely. Perfect. “Titan tended to be more than a bit on the reckless side. But he was insanely wealthy. He would lose a leg in some failed stunt and just Jump into a new healthy clone.”

Pressing herself closer to him, she went on. “Back in his day we were almost accepted. Normal. He was only using his own body though. We would hardly even consider that Jumping now. He however, was the first of the immortals.”

“Until that parachute did not open.”

To his left two Grafters were helping an elderly man into one of their coffins. Noticing his gaze, Mace commented. “People will give all they have for a second chance.”

Nothing more needed to be said. It became very clear why these Jumpers always seemed to have almost unlimited funds. Having Erin finally be honest about her own wealth hadn’t been the worst thing to have ever happened to him. That along with the small sum he took from the Jumpers had definitely increased his standard of living.

Passing a middle aged woman as she stripped off her clothes, he managed to overhear her say, “Make sure I’m really pretty. I want to be really pretty. I’ll see if the prick is cheating on me first hand.”

Mace laughed, but waited until they were well pass to say, “Most people don’t want to leave their lives, but a weekend of Jumping can accomplish more goals than one can count. Athletes in peek form are selling their bodies so novices have a chance to play their favorite games like the pros. And of course there’s always the perversion factor, but you and Erin know about that.”

He felt his cheeks grow hot. “Is there a reason for us to be here other than for you to be showing of like some sort of punk priss?”

Chuckling, “You’re always so touchie Dak. It seems that even Evan I mean Erin-“

Dak moved quickly. A necklace was grasped and he pulled Mace’s face close to his. “I told you that you weren’t allowed to call her that.” Words spit from between his teeth. “I don’t care how many bodies you’ve been in, I can kick your ass. Insult my girlfriend again and I will.”

“Calling him by his name is an insult?”

He barely got the words out before Dak gave him a hard right hook into the jaw.

Erin gasped and rushed forward. “Dak, you shouldn’t” A reproach from Erin made him cringe. All around him Jumpers took notice. They dropped what they were doing and walked closer. Most had weapons.

Mace stood erect. A pull of the arm drew a smudge of blood from his lips. He waved the approaching Jumpers back. “No it’s okay. He loves his Gender-Jumper. I think It’s cute.”

“Screw you Mace.” Erin gave him a glare that made Dak wonder how well they might really know each other.

“Shall we just keep moving?” Mace asked as once again he wiped his mouth free of blood. He shot Erin a glance which did nothing to soften the mood. “And yes you’re correct you were brought here for a reason.”

The butt of his cigarette still glowed as Mace threw open a wide set of polished steel doors. The insides of the room contrasted strongly with everything else he had seen at Base Jumper. He could have been stepping back three centuries. Bookcases lined the dark hued walls. Never had he seen such a collection of books outside of a museum.  Since the advent of the computer over two centuries ago, books had been coming ever rarer. Most publishing houses had closed within a hundred years. Books were now considered oddities and collector’s items. 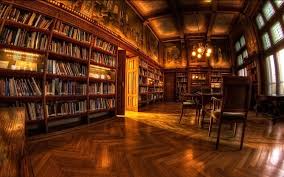 Centered amongst the vibrate rainbow of book spines was a walnut desk that could have fit three people. Instead an annoyingly young blonde boy was just putting aside a folder. This was added with not great haste to an already considerable pile stacked to the left of him. The boy looked perhaps seventeen at the most, but Dak guessed that the mind within was by far his own senior. His crystal blue eyes had a tight glare that no youth of that age could have pulled off.

“This is The Doctor,” Mace began. “For lack of a better term, you may consider him our leader.”

“More of s spokesman really.” His tone was one of wisdom and experience, but as if from the lips of an angel. It came out musical and tinged with the strength of a fresh voice. Leaning forward, the youth said, “But please call me Maxwell.”

Dak nodded, he had no reason to speak. Erin gave a courtly curtsey, which was something he would have never thought he would see.

A slim smile spread. “I’m sure you consider your life as busy as mine and as my employees, I assume you are keeping yourselves active.” This wasn’t even worth a nod. “So I will be blunt and brief.”

“Someone has been hired to assassinate Jumpers.” He paused for a moment to let his statement sink in. “Whatever is doing this is a professional and very successful.” Erin’s nervous eyes met his and she trembled. “He has already racked up fourteen of us and those are just the people we know of.

Maxwell stopped. Keeping his voice even, Dak asked, “Do you have any idea who might be behind the attacks?”

“I think it’s the Major,” Mace answered for him.

The Doctor favored him with a stern look. Dak had a feeling he wasn’t used to being interrupted. “Yes, Mace thinks it is the Major and it well could be, but my years of experience have led me to believe that it is not always the most obvious choice. There are always the Nappies to consider.”

Dak thought on this. Nappies was a derogatory term for The National Association of Parents. The supposedly moral body of citizens had their hands in more than anyone considered safe. As a legislating body they could make or break elections. Dak considered them foul self-righteous censors, but working for the Public Enforcers he had often found himself being asked to bend to some policy they were promoting.

“It doesn’t sound like Nappies, they don’t hire assassins, they hire lawyers.”

A short chuckle escaped from Mace, and Maxwell smiled without humor. He addressed Erin first. “It seems you have been keeping your mate in the dark my dear. Dak works for…I mean with us now.”

“Dak’s knowledge has no shortcomings,” she said, crossing her arms under her 36cs.

Dak allowed himself a grin of his own. “I’ll look into it. So why am I here?”

Looking more serious than his young face should allow, Maxwell dropped his voice. “We are being hunted. I don’t like that. Both the assassins and whoever has hired them must be made to pay. We have ways of avenging our own. What I want from you is the legwork. You are a detective, you have the resources of the Public Enforcers behind you, go detect.”

He leaned forward to emphasize one final point. “I also do not need to remind you who you are sharing a bed with. You are involved Dak, whether you like it or not, unless you intend to throw Erin into the teeth of the wolves.”

Find out more about Dak and Erin and their Quest to preserve New Cluster Here!