Erin pulled the amber tie out of her golden waterfall of hair, as soon as she heard him open the door. He saw her cute backside, while she quickly tossed her apron into the closet. Like usual, she wore very little underneath. The apartment gleamed. She rushed over to him before he had even tossed off his jacket. The freshly opened hopper that she held was wider than her delicate wrist. Red nailed fingers parted to hand him his beer, while a smile spread over the most beautiful face in the world. 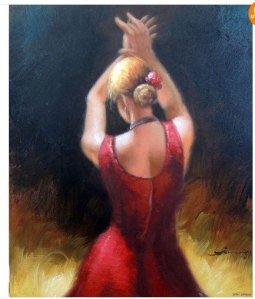 “You’re home early. I was trying to make things nice for you.”

Suddenly shy, her green eyes found the sparkling floor. “It’s just…since you found out that I work for the Jumpers I…”

Moving forward, he took her trembling form into his arms. “You think you have to prove what a perfect woman you are? I already thought you were perfect. The fact that you work with your own kind doesn’t change anything.” His face was graced with the kind of smile that only she could bring him. “Besides the extra money is nice.”

She slapped him playfully, but then kissed his lips. Holding her close, he didn’t hurry.

She came up for air and wanted to take it further, but he moved back. “Erin we have to talk.”

“That is usually what girls say.” Erin played the role of the perfect female the way only a man could, for Erin wasn’t only a Jumper, she was a Genderjumper as well. Sometimes in the dead of night Dak wondered over his choices, but it was a sick world out there and she was his only light, but now he was somehow in charge of eliminating her kind.

With a sigh, he explained his assignment. A few gasps and startled expressions later, he had finished describing his new position.

“If Bly was for it, then I guess it must be a good thing,” She said, hesitation tainting her voice.

“Yeah, but what about the Mayor. He knows about you…us. Jumpers are his pet project. This will be like a slap in the face.”

“I could think of no one’s face I would rather slap.”

“Yeah, it’s a pretty nice office.” he had to agree. Dak’s eyes focused on the grimy window. Sure there wasn’t much of a view, there rarely was in New Cluster, but Dak had never had an office with a window before.

Fesse wore the closest thing to a smile his face could manage. “Nothing too good for the new man in charge of keeping the press, the mayor, and everyone else off my back when it comes to this Bodyjumper mess.” Patting him on the shoulder, he continued, “I’ll have them move your desk up here before lunch. You’ll not be needing it this morning anyway.”

“Because your first press conference starts in an hour.”

”Make it work,” his voice was raised, “or I’ll send you back to being a beat cop in Dreg Park.” The door slammed behind him, creating a haze of dust in the empty room. Dak watched the motes of dirt dance through the narrow squares of yellow light before finally heading down to the Public Enforcer pressroom.

Travel Deeper into the World of Skinjumpers Here!