Micro did not keep beer around, but Talon stopped and got a few on Tern’s dime. The first thing that surprised Talon was that Micro had his own house. Sure, it was no mansion and was certainly run down, but Talon had never met anyone who owned their own home before—not one with a roof and four walls anyway.

Micro led him through the high chain link fence that surrounded the debris filled yard. “Not much for yardwork are you?” Talon said, as he kicked a wet box out of his way. 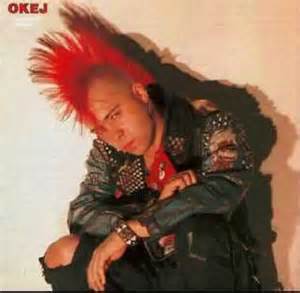 “I’m more of an indoor person,” Micro said and, as if to prove his point, he rushed to the front door with keys already in hand. “You might as well come on in. Ah, forgive the mess. I haven’t had visitors for a while.”

Piles of magazines tilted on every flat surface. Talon picked one up while Micro locked the door. It was super-tech babble that might as well have been in another language as far as Talon was concerned. The place had a faint odor of unwashed dishes and unemptied trash. Looking the place over, Talon figured he had seen PR squats that were better maintained than this place. Still, with Tern’s wallet, he was already up for the night and if he could get a free meal out of this, so much the better. Although, with the smells wafting in from the kitchen unit, he was not feeling particularly hopeful.
Micro hurried to lift about a dozen magazines off a chair. He stacked them onto another pile, causing them all to fall to the floor. Cursing, he gave up and brought Talon’s beer into the kitchen.

“You have anything to eat?” Talon called after him as he picked up the top magazine. Netrunning was the title. Most of the other magazines seemed to be along the same lines. “So what do you do for a living?” 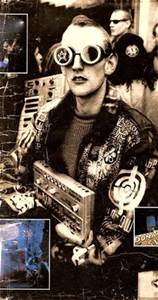 “You must be pretty successful.”

Micro brought him an opened ale. “I have a few things in my wave. They will be ready soon.”

Talon nodded and then took a long pull. “Well, it must be nice having your cube.”

“Why were you out today?”

Raising his eyes slowly, he said, “That depends on what you have in mind.”

“Oh here we go.” Talon’s statement shut Micro down and it was only with more prompting that he was able to continue.

“ I…well, I have been working on a small project for the X. They are another gang of Bangers.”

“I know who they are.” A pause stretched. “What would freaks like that need from you?”

“I’m not sure why I should be telling you.”

“I suppose that if the Rips had gut you, you would not be telling me anything. And I have a feeling that you were not working on some accounting program.”

Micro showed signs of nervousness. He began to pace and could not take his eyes off the floor. “True, I’m not sure…never mind. The X were working on some sort of raid. I think they were after some chemicals or something. I don’t know. I don’t really want to know. I was to deliver the program to them as soon as I was done. I guess the Rips must have found out about it. Maybe they don’t want the X getting any stronger.”

Micro blanched and lost his ability to form words, so Talon went on. “You still have not told me what they wanted you to do.”

Finding a spine at last, Micro demanded, “I’m still not sure why I should tell you.”

“Unless you want to invite the X over here, you are going to be needing some help.”

“Why, what do you want for helping me?”

“How about half of the profits.” 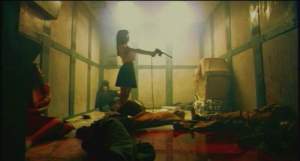 “Not as mad as those Rips are.”

“I’ll think about…you know the X haven’t even paid me.”

“That is not surprising.”

“So you would help me get there AND get my money?”

“And maybe even get home safely.”

“Yes get home. I don’t like being on the streets. I wish I could just send it through the innervid, but it could be traced. I have to hand it to them.”

“So are we partners?”

Looking at him at last. “Yes, I accept your offer.” There was another long pause. “The program is designed to shut off the security systems at Imotech chem. I finished it. Now all we have to do is get it to them and make sure they pay us.”

Talon Smiled. “Cool, how much are we going to make?”

“Enough to keep you in subs until the world runs out of ale, buds,” He smiled.

You can learn more about Talon, Micro, and New Cluster here! 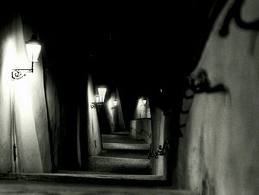